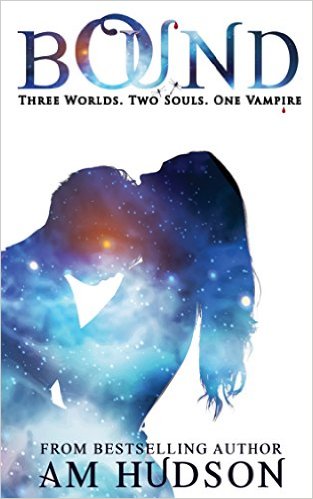 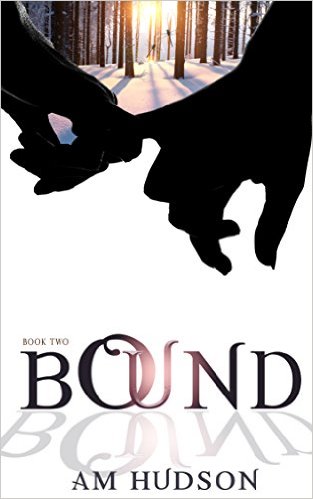 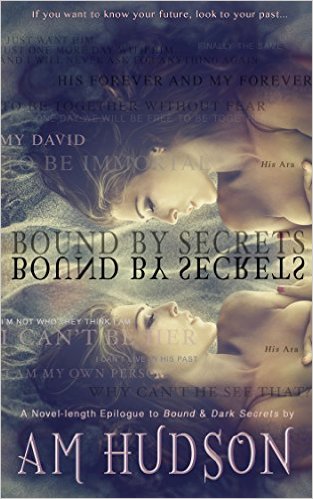 
Reviewed by Holly Newhouse for Eternal Book Reviews....5 Stars Plus!


Elora can speak to the dead, but belongs better with the undead.

Born of immortal blood, her curse not set to trigger until around her twenty-fifth year, she was sent away to remain unaware of and hidden from the world of magic. And from vampires. But after Elora befriends the cocky, self-loving Ric Mason, she discovers secrets about him and his distant link to her family that reshape her entire world.
A dark, sexy, two-book series that will have you screaming for more...
You can read the first chapters for free in a limited time promo over at Wattpad (AngieHudson6)


Being a die-hard fan of Best Selling Author AM Hudson's Dark Secrets Series and her Willa Wicked book, I of course ha to read this series as well. I was enthralled and fascinated by the DSS Series and was curious as to how Bound by Secrets Series would stack up as a stand alone series as well as having characters from the Series I have come to love as treasured family members.

I can say without a doubt that this series did not disappoint one bit, it only got better if that's possible. It is fantastic for DSS lovers and also for new readers wanting a fantastic stand alone series as well to read! The fast-paced, action-packed and complex love story between Ric and Elora is one that will draw you in from page one and keep you hooked until the very last page and will keep you wanting so much more.

The author introduces new and fun-loving characters that you can't help but fall in love with as well as many cherished characters from the Dark Secrets Series.

Once again AM Hudson has done it with prose written so beautifully that you can't help but truly believe the story is real or could be real in every sense of the word. The reader will feel his or herself not being a mere observer to a story but as one inside the story. This is a true talent that many authors strive for and not many have every truly accomplished as Author Hudson has. It is a true gift of her amazing talent.

The twists and turns she places in the story were ones that this reviewer never saw coming until they smacked me in the face and left me breathless, shocked and some even had me laughing so hard, I fell off my reading chair.

Of course, this reviewer being heavily invested in the relationship between Elora and Ric, I went through a myriad of emotions on the roller coaster ride from hell while reading this absolutely fascinating book all in one sitting and sincerely hope there will be many more books written by this creative genius and master storyteller! I just have to find out how life turns out for all of the characters including Ric, Elora, Mike, Em, Falcon, Ara, David and all the rest.

Once again, Author Hudson as I previously said has written another brilliant book that showcases her ability as a master storyteller and this series will appeal to readers of all genres.

This reviewer further believes this series would make a fantastic set of movies or at the very least a fascinating TV show! 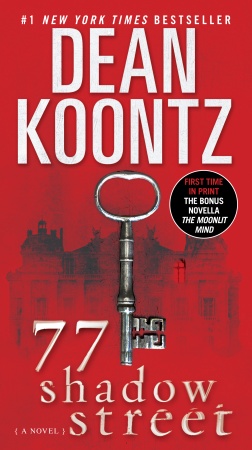 COMING SOON
Posted by Unknown at 2:13 AM No comments:

Book Review: Bound by Secrets by AM Hudson : Coming Soon 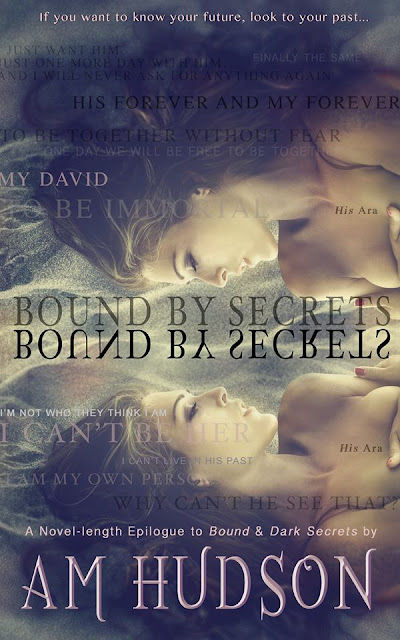 BOOK REVIEW: BOUND BY SECRETS BY AM HUDSON

Posted by Unknown at 2:09 AM No comments: 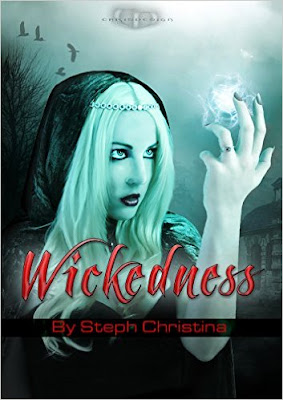 Once again Steph Christina has outdone herself with her amazing ability to tell a story and in her unique way of writing.
Reading it was like a breath of fresh air and very realistic fiction. It was easy to visualize all of the scenes, background setting, and dialogue throughout. The storyline was amazingly complex and full of twists and turns this professional reviewer never saw coming. The character development is fascinating and complex as well. That truly takes true talent to accomplish. I was drawn right into the story from page one and it refused to let me go until I had read it all in one sitting, not able to put it down for a second. I would love to live in this world Author Christina has created!! I highly recommend this book to readers of all ages who love the paranomal, mythological, and who also love a story that can grip you and hold you in it while it takes you on the ride of your life with many twists and turns. This book is on sale at Amazon.com for 99 cents at  PURCHASE ON AMAZON FOR 99 CENTS
Posted by Unknown at 2:03 AM No comments: 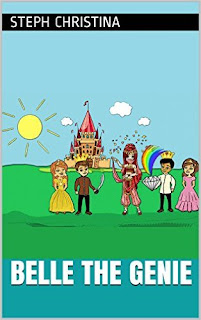 This book was amazing! It was written from a creative and genius storyteller and the moral story included is wonderful for children of this age. My own daughter loved this book, it has become one of her favorite books. The prose flows elegantly and is easy to understand for the target age group and the illustrations are fantastic! This is a must read at any age! I also enjoyed this book very much and it has also become one of my favorites too. I have recommended it to several of my friends to read and to read to their children as well. Purchase the book
Posted by Unknown at 2:02 AM No comments:

My Reviews on Book Logger 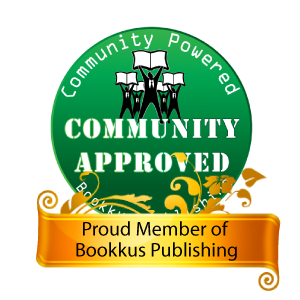 Where to Find Me!

Burn My Soul: Part I
by Holly Newhouse
tagged: published-book

Journey to Hell and Back: Surviving a Life of Violence
by Holly Newhouse
tagged: my-books and published-book